The Autumn 2021 issue of The Review

The Autumn 2021 issue of The Review 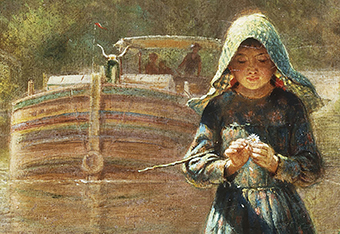 We received numerous notes and inquiries after dedicating our Autumn 2020 issue to the memory of our colleague David Schuyler. Some of these expressions of unexpected loss have grown into the remembrances that appear in this issue, all of which attest to the fact that David was an extraordinary teacher, writer, and mentor to so many. This issue also includes two articles focused on different aspects of the Delaware & Hudson Canal. Bill Merchant presents many untold stories shedding light on immigrants, people of color, women, and children who built and worked the canal. Until now, their contributions have remained obscure, largely neglected in the records as well as by researchers. Paul C. King focuses on the innovations of John Roebling, a German immigrant who designed aqueducts for the canal before going on to create his masterpiece, the Brooklyn Bridge. Finally, Bart Harloe introduces us to his ancestor William Harloe, also an immigrant (in his case from Ireland) who built a business and political career in Poughkeepsie at the dawn of the Gilded Age.

You can preview the issue and read the Regional History Symposium, Book Reviews, and New and Noteworthy Books online at: https://www.hudsonrivervalley.org/back-issues.

The Hudson River Valley Review is available at select booksellers and museum gift-shops throughout the region for $15.00 each. Subscriptions are available through the website at: https://www.hudsonrivervalley.org/subscriptions, or by calling 845-575-3052. A one-year subscription (two issues) is $20.00, save even more by subscribing for two years at $35.00.

Articles
Stories of the Marginalized Workers of the D&H Canal, Bill Merchant
Roebling’s Hudson Valley Aqueducts,  Paul C. King
Precarious Poughkeepsie: A Story of Ambition and Urban Politics in the Hudson River Valley at the Beginning of the Gilded Age, Bart Harloe