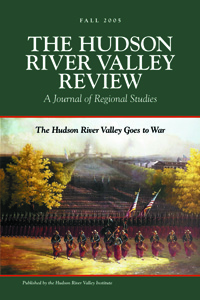 • “'I owe you this for Appomattox': U.S. Grant’s Mystery Visitor at Mount McGregor," Warren F. Broderick

• “Awful beyond description”: The Ordeal of the Hudson Valley Regiments in the Army of the Potomac in 1863," Mark James Morreale

• "Rebel Oppression of British Subjects: statement of a deserter," reprint of a historical article in the Senate House S.H.S. archives